The stuck up and snobby Burnside City Council and the sellers of The Big Issue.

The snobby and stuck up Burnside City Council has turned down an application by sellers of The Big Issue paper. The seller(s) want permission to sell their papers on the footpaths (council property) next to Burnside Village Shopping Centre.

Not surprisingly, the council turned down the application with Louise Miller-Frost (you must have a hyphenated surname to work at the council!) telling the Eastern Courier Messenger that the Local Government Act stipulated that roadways and footpaths were not to be used for a business without a permit.

Well give them a bloody permit you stuck up bunch of snobs!

In turning down the application, the council, no doubt was thinking of the health of their Burnside Village patrons. What patron sitting there sipping on their latte would want to see a person on the footpath trying to earn a living. Oh, the thought of it. They would probably need therapy after seeing that sort of thing in the Burnside Council area.

A vendor of The Big Issue will typically purchase a magazine for $3 and sell it for $6 and they will pocket the difference. Great to see someone getting off their bums and willing to try something to earn a living. It's just a pity the Burnside Council doesn't see it that way. Good Lord, we wouldn't want to see someone of that 'ilk' in the Burnside area.

I heard a rumour that the council were going to increase rates of homeowners who have friends that visit and the friend doesn't drive at least a Mercedes or Jaguar (over 2005 model). Of course, I just made that bit up, as I like having a go at councils that are stuck up and full of snobs. It reminds me of the time an Unley Council resident was told ""If you can't pay your rates in one hit, you can't afford to live in Unley". Maybe the two councils are good friends?

You can find out more about The Big Issue at     thebigissue.org.au

If you want to tell the Burnside Council what stuck up and snobby bastards they are, and voice your opinion, you can call them on 8366-4200 or email them on burnside@burnside.sa.gov.au

You can also let your feelings known by visiting their website at http://www.burnside.sa.gov.au/Home


Get Real
Posted by Get Real at Friday, September 27, 2013 No comments: Links to this post

Is there no end to the violence that emanates out of the absolute gun struck United States?

Tony Makris, an outspoken lobbyist for the American National Rifle Association had to choose to kill an innocent and terrified elephant at point blank range to show what a big man he is, and apparently, what great sports the National Rifle Association are. And, even worse, the loss of wildlife just for the sake of a TV show. It is just disgusting. Maybe Tony Makris might change his mind about guns if he's shot at point blank range one day by some deranged person who bought a gun at a fete. 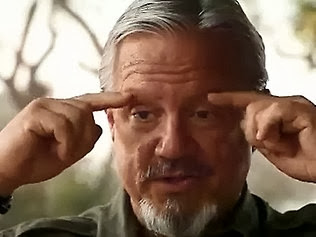 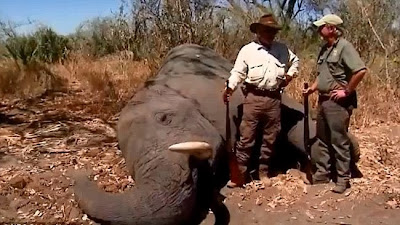 I can't fathom what makes these bastards want to kill and maim everything in sight. Maybe Makris suffers from 'little penis syndrome' and has to have a big weapon around to make him feel more like a man.

I, along with many many millions of people on this planet are sick to death of the crap that comes out of this so called 'civilised' America. The yanks have grown up with guns and just love them .. to death. Get some balls Obama, and do something about this bullshit once and for all. The right to bear arms should be struck from your constitution at the earliest opportunity.

In the middle of gun happy America, there is virtually no control at all as to who can buy and own guns. You have people with mental conditions and problems, that should be nowhere near a rifle or bullets. But they can literally buy them from the corner store. It just makes you sick .. to death.

And now, to make it even more interesting, there are mass killers and potential mass killers, who seem to want to outdo each other as to how many people they can kill in one spree. Yay .. bring on more high power rifles so more kids, teachers and cinema goers will die in the near future. The American Dream - if you live long enough to live in it.

If you're a sane and reasonable person like me, you'll boycott America and any American products (as much as possible anyway). I will not knowingly give those murdering bastards any of my money. The National Rifle Association has so much clout and power in America, it is unbelievable. Why? Because, you can bet that half the politicians are members of the NRA. 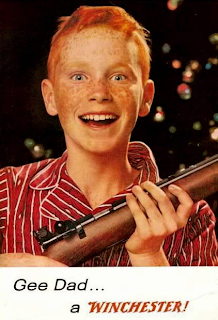 Yep, give every kid a gun so they can become killers too.

Get Real
Posted by Get Real at Wednesday, September 25, 2013 2 comments: Links to this post